"Neither Keynes nor his disciples foresaw the eventual creation of unaffordable debt nearly a century later."

"One of the most fascinating books I've ever read" - NetGalley reviewer

“Radical thinkers might have a point” was how the Financial Times described David Kauders’ first book The Greatest Crash: How contradictory policies are sinking the global economy. This new book offers further original thought.

Why were economies sluggish before the pandemic arrived? Why have interest rates paid by businesses and households been rising even though deposit rates are nil? Does the policy of bailing out economies, now followed by most governments and central banks, bring any dangers?

In The Financial System Limit, British investment manager David Kauders FRSA puts forward three radical theories which together provide the answers to these questions. These theories show that Keynesian economics has gradually turned from a benefit to society, into a damaging scheme. Other economic policies are also not addressing the fundamental problem, which is the world’s inability to afford private sector debts already created.

The author challenges the existing academic and political consensus about how economies should be managed. The old arguments about sound money versus stimulus, as well as contemporary arguments that governments controlling their own currency can create as much credit as they wish, are fundamentally inappropriate to a world in which private sector debt far exceeds public debt and carries a higher, rising, interest cost.

Whether you are a concerned individual, an academic, politician, banker or even a policymaker, read about a different view of the current financial orthodoxies, one that will provoke serious debate and even action.

As some e-readers do not display large diagrams effectively, Figure 1 and Figure 7 are available to view.

Online Opinion Australia 24 February 2021 Private sector debt is a burden, not a benefit

2   Debt interest is a cost to society

Part three: How can the world escape its debt problem?

8   Tackling the cost of interest to society

Part four: The pandemic and the financial system limit

9   Impact of the pandemic

"One of the most fascinating books I've ever read ... I am recommending this book, and will, It is a must in one's library and to be transmitted to next generations." - Flo Jacquet, Teacher, France

"The author provides a historical view of how we reached the point where the level of global debt is unsustainable and now compounded by a global pandemic. The book is understandable by those without a deep financial background.

"Kauders, who has decades of experience as an investment manager makes the case for the difficult situation we, as global citizens, are confronted with." - Librarything reviewer

"A very good book about the financial system. How debt works. How debt works and has worked for and against various countries at various times. Highly recommended!" - Hal Perlman, USA

"The book pleas to measure interest cost on total debt in relation to economic output. A deep recession and consequential financial upset were inevitable in a world that could not resolve the conflict between stimulus and austerity, a world that remained addicted to debt, a world that refused to admit the limit to the growth of debt caused by the cost of servicing it. That's what David Kauders wants to highlight." - Hank van der Klis, Netherlands

"Credit to Kauders for sharing his observations, experience and proposing solutions." - Librarything reviewer

"This book by David Kauders provides some unique and interesting insights on macroeconomics and money in general. The topic of debt is such a complex and loaded topic but Kauders approaches it in an easy to understand manner (you don't have to have an economics background). This book is a not a light read or an easy read but its worth the read." - Reviewer, Canada

"The book starts with a “Definitions and Explanations” section, which is helpful in clarifying some terms and concepts...

"One of the author's main points seems to be that credit can not be created forever, because there reaches a point at which the debt level of a society makes repayment of the debt impossible. Kauders discusses this and other ideas, including the economic strategies of governments to deal with the pandemic, the true cost of debt, and economic cycles cause by central banking policies. His ideas about modern monetary theory and pensions are interesting." - Review posted on amazon.com

Other books by David Kauders

The Greatest Crash: How contradictory policies are sinking the global economy

ISBN  9781907230776 price may vary. Lower prices apply in some less-developed countries.In addition to the list below, many more stores and libraries offer this book.

David Kauders FRSA was educated at Latymer Upper School, Jesus College Cambridge and Cranfield School of Management. He is an investment manager and also contributes occasional articles to the UK financial press. 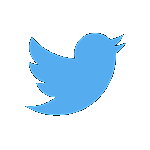 when ordered through bookstores

This shop can now ship anywhere

Links to print stores  E-book links on right of page